The weather had been rainy and cold for couple of days, but when we left towards Vietnam the rain had luckily stopped. It was nice for us and Chinas suprisingly good roads took us forward in a good paste. Well, to the point when mountains rose in front of us. Even though it didn’t rain we were soaked by our sweat. At least the prize was nice when we descended about ten kilometers from the mountains at the end of the day. Somebody once asked why do you like to cycle. One reason is that to have those moments when you don’t have to cycle! But for the next few weeks we really had to cycle uphills. 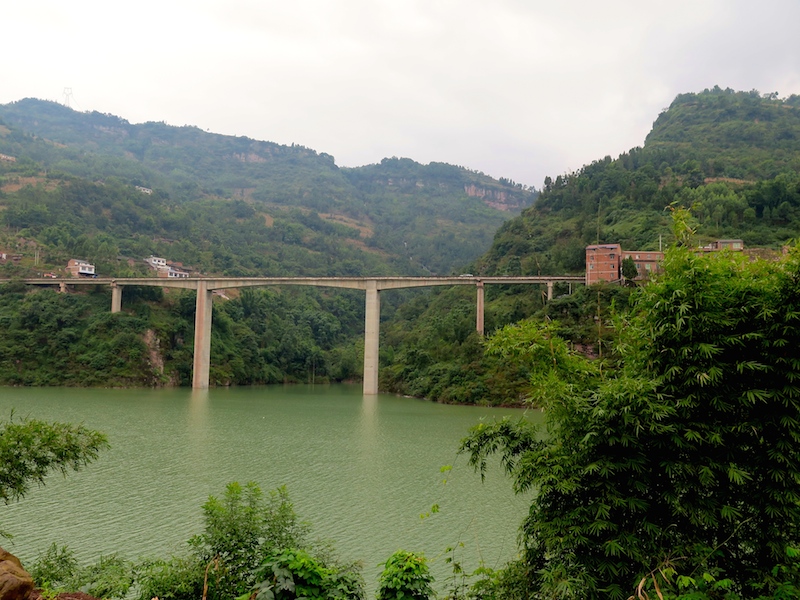 We haven’t used paper maps on our journey at all. iPhones good map apps has always led us to right direction but in China all roads are not marked in our maps so we had to depend on local knowledge. Its also quite difficult to pronounciate the places names right, but when we get them right locals are happy to help. Most of the chinese people think that we can read their writing and when we were asking from local motorcycle driver a way to Pu’er he started writing Chinese writing to his palm. After a while thought we managed to explain that we don’t understand those and after that he started to wave his hand to the direction where we should go. We trusted the guy and uphill was in front of us again. After 1300 meters ascend, lifting the bicycles over dam and asking toothless fisherman some guide we managed to get on top of the mountain so tired. The day had turned into night and our dynamo lights were valuable when we rolled small road down the mountain. We managed to get down in one piece and it was time to get some precious sleep in hotel. 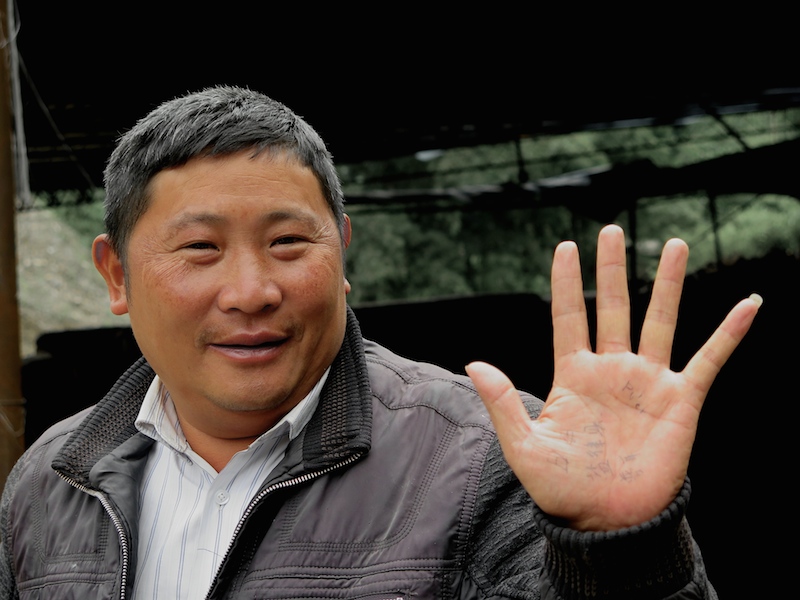 We desided to stop cycling in small roads and joined the bigger highway G85. We were little suspicious how the policemen like cyclists on this big road but since no one did come to send us away we were happy to continue the asphalt. We also hoped quite much that the bigger road didn’t summit all the mountains, but there were hills everywhere and after couple of days cycling uphill we got a little desperate. Well luckily the food in China is quite good but the order sometimes went quite badly. White faced and haired we were used to be under everyones eyes when we arrived to restaurants. Usually the order goes to that point that we are asked to the kitchen and we can say the ingredients we want to our food. Usually we just pick some vegetables, meat and spices. Well, this time no one understood each other and after twenty minute debate with eight cooks we ended up having french fries with rice. We were quite amused by this, but it was good energy for uphills. 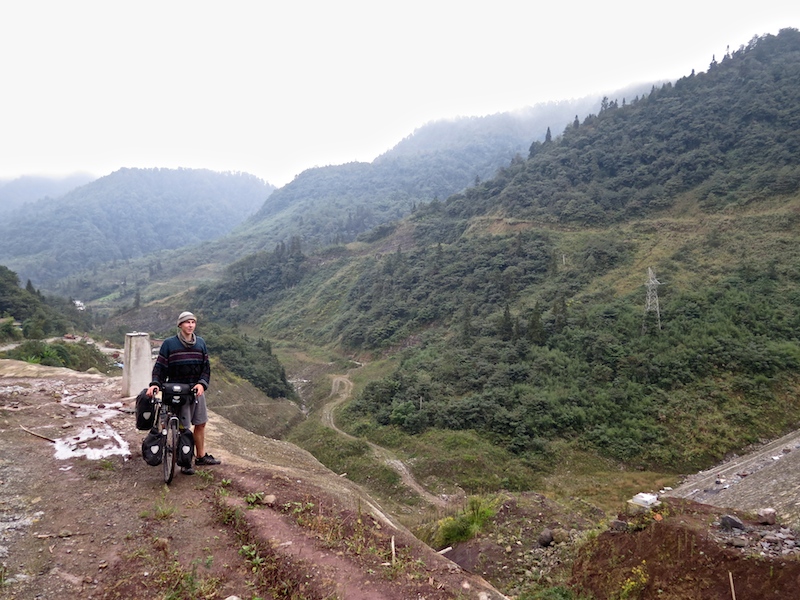 Chinese food culture is interesting from restaurants to supermarkets. We  noticed couple of interesting and weird habits while we visited China. For example, all the rubbish that comes while eating will be thrown to ground or spitted to floor. Its a bloody mess when group of Chinese people leave the scene. In Finland we are also used to eat everything whats on the plate. In China it was a little bit rude to eat everything. They usually bring so much food to the table that its impossible to get down from your throat. Sometimes though, when we were super hungry and eating the last rices out of our cups owner came to us and with little panic started to offer us more food. Supermarket shells are full of everything you can pack to vacuum. Chicken toes, all parts of fish, tofu. even liquor shots are in disposable packets. We were actually little bored by the shops because you couldn’t find anything proper to eat. The people in China spit lots as well. Bad quality of air gathers slime to lungs and you see and hear lots of spitting people on the streets.  And the more noise and slime comes out the better. Also, when we walked in the cities we couldn’t be without noticing, that little children are using ”toilet” anywhere in the town with the help of their mothers. In fact there has been a design for little children pants which has a hole in the butt for faster action. No matter if it’s square garden or the side of the road you might see it happening. There were lot of human shit on the side of the road and we had to be careful because we don’t have the mudguards on our bicycles anymore. Anyway, spit flew from our throats Chinese style while we were climbing up the mountains and finally we reached 2850 meters which was the highest we went in China. Long downhills took us eventually to Kunming. 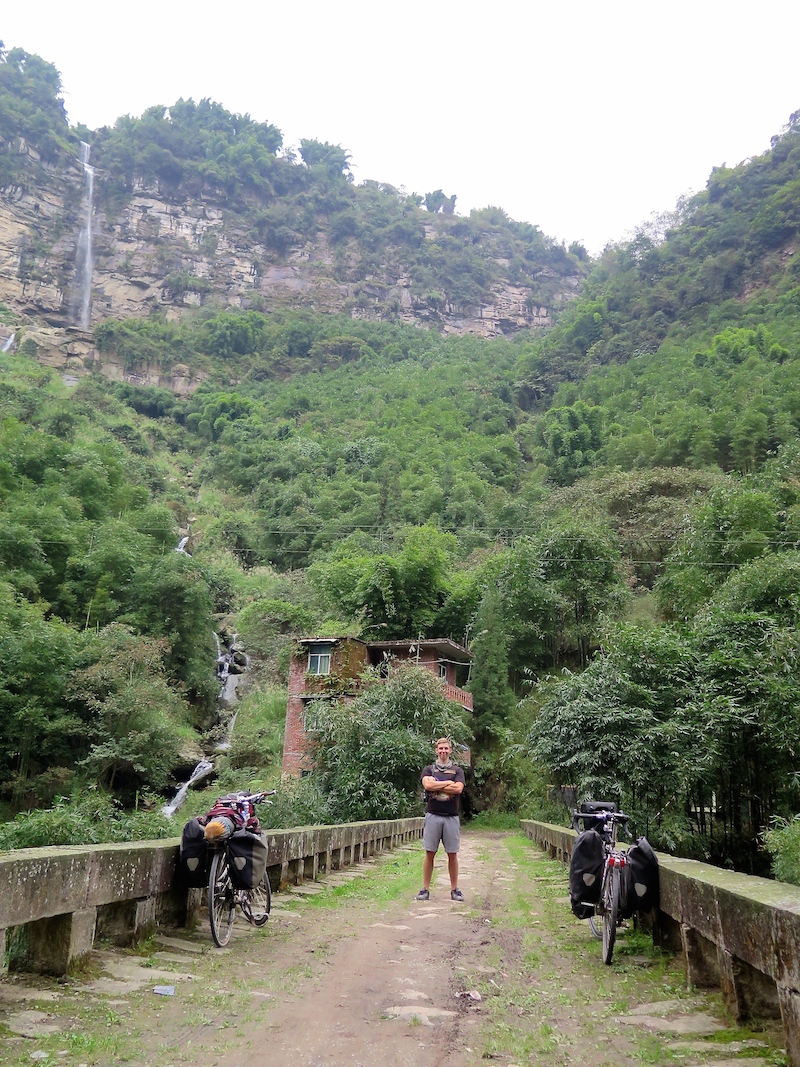 In Kunming we decided to rest a bit after mountains and constant uphills. So we took a hotel for couple of nights and watched around the city of Kunming. By the end of the city day we were a bit hungry and went to eat some noodles. We ate the regular noodle bowl and made some jokes and suddenly I saw Anttis Stavanger being ridden by some Chinese man. Sudden burst of action started. We ran out of the restaurant and saw that somebody had cut our lock and was cycling away with Anttis bicycle. Antti started running behind the guy and I grabbed my Airisto bicycle and started to pedal after the thief. There were three distant cyclist and one of them turned into side road. It had to be the thief. So I pedaled like crazy behind him and soon catched him. He flee comedy style crashing some dumpsters in front of me like in some Chakie Chan movie and got away leaving me Stavanger. Meanwhile Antti had had a electric motorcycle ride from the restaurant owner who had seen the situation and decided to help us. It was ten minutes of some sort of weird comedy and for us it ended well. 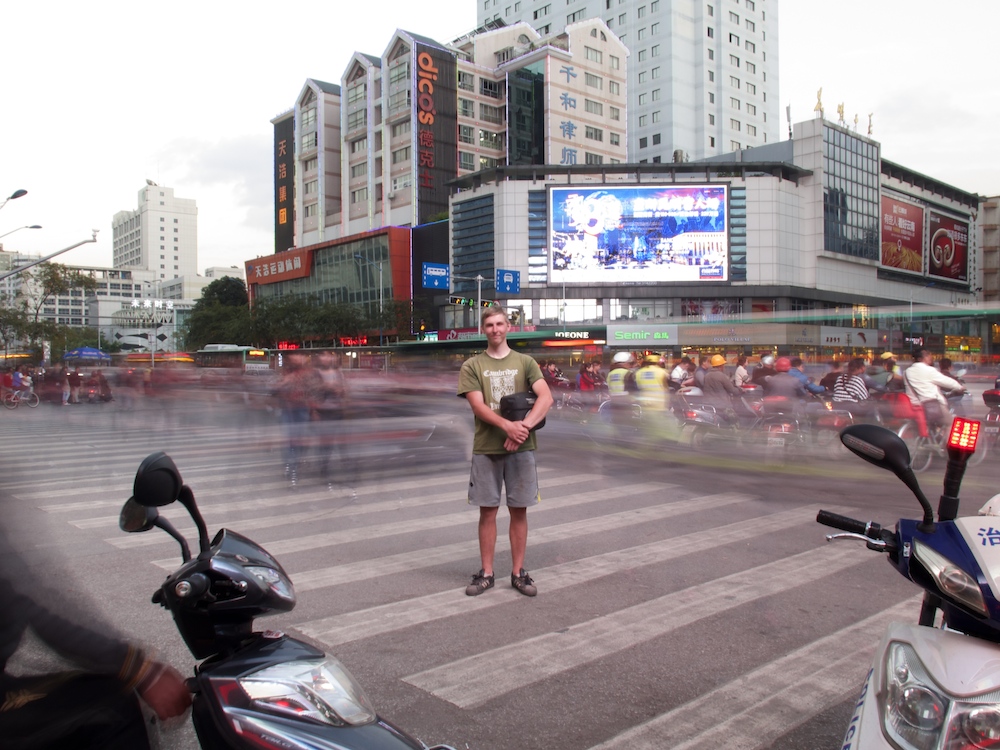 We left Kunming luckily with our bicycles still with us and headed to the nearest border crossing Lao Cai. We cycled long days and the last night we could find any place to sleep so we just decided to cycle trough night. At that night we descended to sea level, ate some gut, yielded the snakes that were on the road and fell asleep on the border watching big rats running on the streets. In the morning we dragged ourselves to Vietnam and started our two week journey here!