In the center of Lao Cai city, in front of a restaurant, on the other side of the road there was a traveller with a camera around his neck, looking at us curiously while we were trying to find a guesthouse. I was going to say hello to him. We don’t see other travellers very often.

Two weeks earlier we met a woman on the road who had pedaled from Switzerland to China. Before it we met three Russian backpackers at the border of China. In Kazakhstan we saw Chinese and Japanese cyclist. And in Bishkek, Kyrgyzstan, there were some cyclists and climbers, but that’s almost all we have seen on our journey. Then I realized the man in front of the restaurant were not wondering to see other westerners here, he just looked at our bikes. It wasn’t unusual to see other travellers here anymore. Actually the whole restaurant behind the guy was full of tourists reading guide books. The center of the city was made for tourists! Every restaurant had menu in English and there were plenty of hotels. I hadn’t realized how isolated we had been so far. It was a shock to see tourists now everywhere. Most of them seemed to be unhappy compared to smiling Vietnamese.

We took a room from cheap hotel. Now we really needed a good rest. Day before we pedaled 160km in China to the border of Vietnam. Unfortunately the border checkpoint was already closed when we arrived 2am. I slept two hours on the stairs of the checkpoint, having a nightmare of huge rats biting my toes. Totally we stayed three nights in Lao Cai eating delicious food and getting used to the presence of tourist buses. 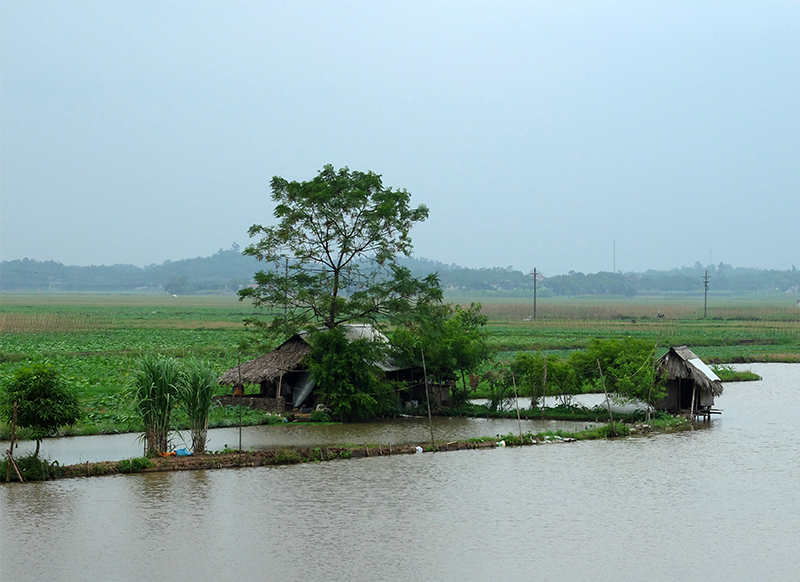 We chose a smaller road, instead of the main road which went on the northern side of the Red River. The weather was tropical, hot and wet. There was a palm fronds roof on many houses and on every hut. The sun went down very early. Not much traffic. One of the scooter riders stopped next to the road. He looked like a 15 years old, but he said he was an English teacher on his way from school to home. He scolded us because we didn’t ask directions from locals and because we didn’t went to Sapa. Every tourist goes there, he said. For me, it was another reason not to go there. The teacher taught us some basic Vietnamese before he disappeared into the darkness. Although it seemed we were in the middle of the jungle, there were cheap, 1-5€/night/person, hotels in every village.

Next morning began with a steep climb to the top of the mountain and continued with as steep downhill into little village. Next to the village there was unfinished high way which wasn’t on our maps. Despite the cycling prohibited sign, a policeman welcomed us to the road. We followed that road almost all the way to the capital, Hanoi.

Last night before Hanoi, we left the high way to find a restaurant. It was already dark, though it was just a little over 5pm. We tried to say to the woman in empty little restaurant we were hungry. She told us to sit down and walked to the kitchen. On the table there was a teapot and tiny cups. On the floor next to the table there was a bong, big bamboo-made pipe they use for smoking. Even when we stopped on the high way to have a break, first thing for road workers to do was to offer us a bong. They thought we stopped because we wanted to smoke using their bong. We drank couple of cups of tea, and ordered coke and then more coke, because it took time to get the dinner. Finally the dinner was ready! The woman placed a mat on the floor and brought a rice cooker and some other dishes on it. We wondered why she couldn’t bring the food onto the table, instead of floor. We were just about to leave our table and go on the mat to eat our dinner when the woman and her husband sat down on the mat and began to eat! The woman though we came to the restaurant only because we wanted to smoke bong. We didn’t even touch to it. We paid cokes as if we were not hungry and went to find food elsewhere.

In every restaurant there was one table for tea and bong. When the dark came, most of the restaurants and shops closed. Then couples and families put the mat on floor and had a dinner together. After the dinner it was already a bedtime for many people. But they woke up early! Two times in hotel they came to wake us at 10am, because they though we overslept. 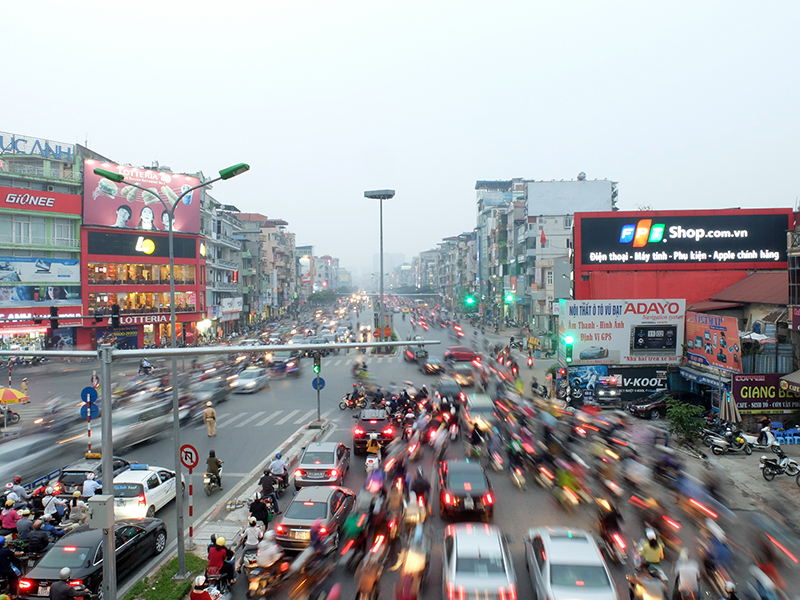 We spend five days in Hanoi. We got visas to Thailand and just relaxed. After Hanoi we headed south. The road was perfectly flat and we were lucky to have a tailwind. China mountains and rest in Lao Cai and Hanoi made good for our legs. After three easy days we arrived to Cua Lo beach. It was first time we saw the sea after seven months. It felt great! Cua Lo was a tourist city, but now it was off-season, so we were almost only ones there. Five kilometers long beach was empty, there were only some fishermen. A cow was eating grass on the football field between the beach and hotel street. 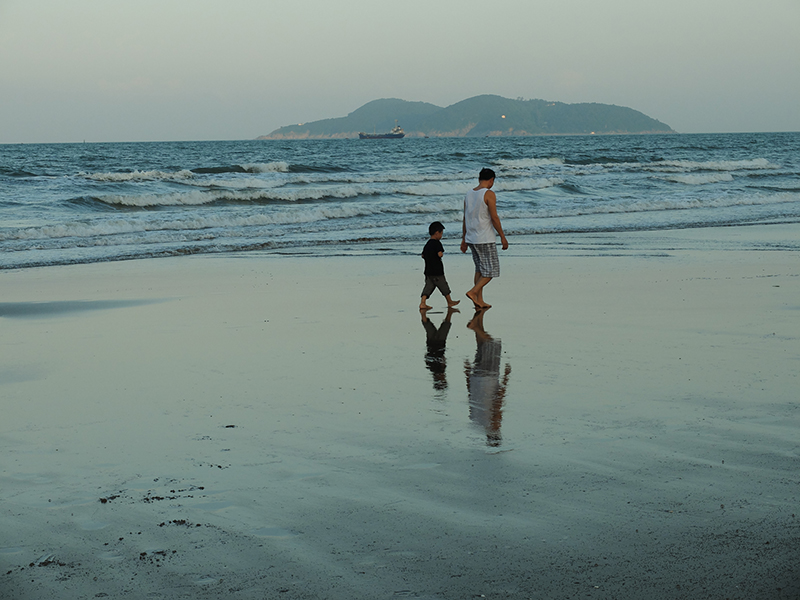 From Cua Lo it took only two days to Laos border. We though we had already seen everything a human can carry on scooter: restaurant, flower shop, big family, logs, dogs, ducks and even a whole cow! But we were wrong! One morning we saw a woman riding a scooter with huge two-meter-fish on the backseat! 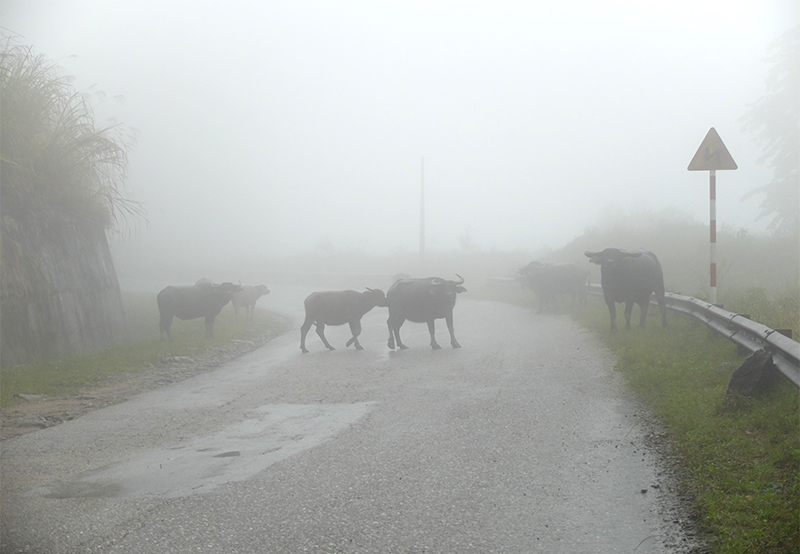 Last kilometers to Laos border was a climb to 700 meters, but it didn’t slow down us. We were slow because we stopped every minute to capture spectacular scenery. First it was clear but, humidity was very high. Then it turned into fog and on the top of the mountain we could see only 20 meters ahead. We almost accidentally skipped Laos checkpoint. We hope to pass Laos in two or three days with out visa, but unfortunately we had to pay 35USD and take one month visa. At least we got new beautiful visa stickers in our passports. 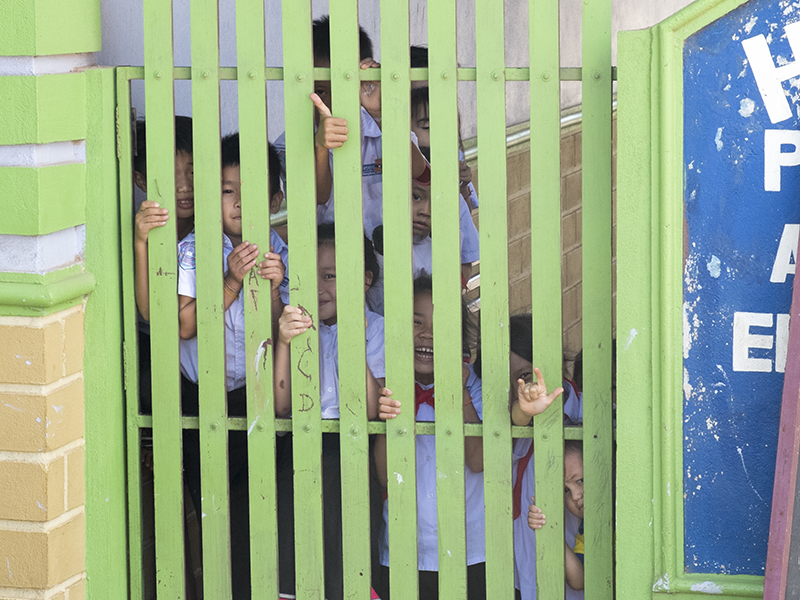 First we followed road number 8 to Lac Xao village, then we took a worse road to south where we met two English travellers. Locals were very friendly, like in Vietnam, but here in Laos drivers do not honk unlike in Vietnam. Finally we joined the better road number 12. Voilà! Now we are by the River Mekong in Thakhet and we can see Thailand on the west side of the river. 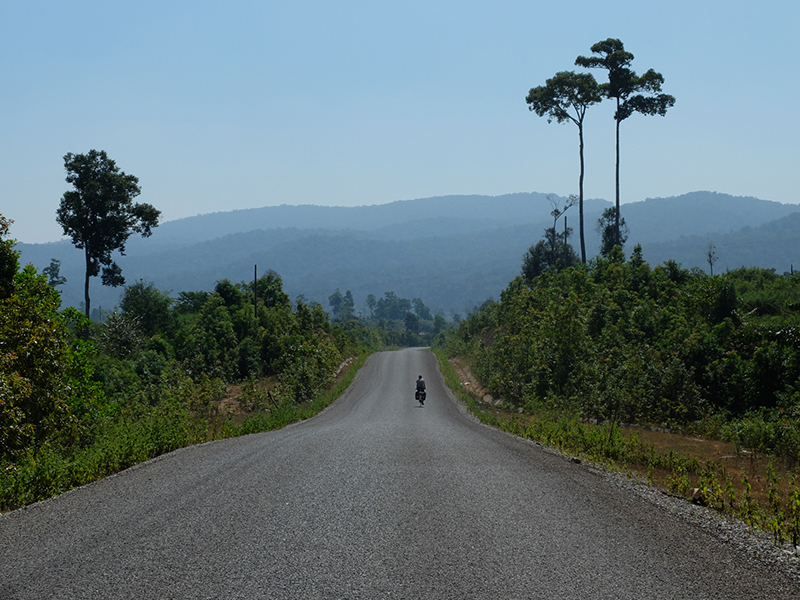 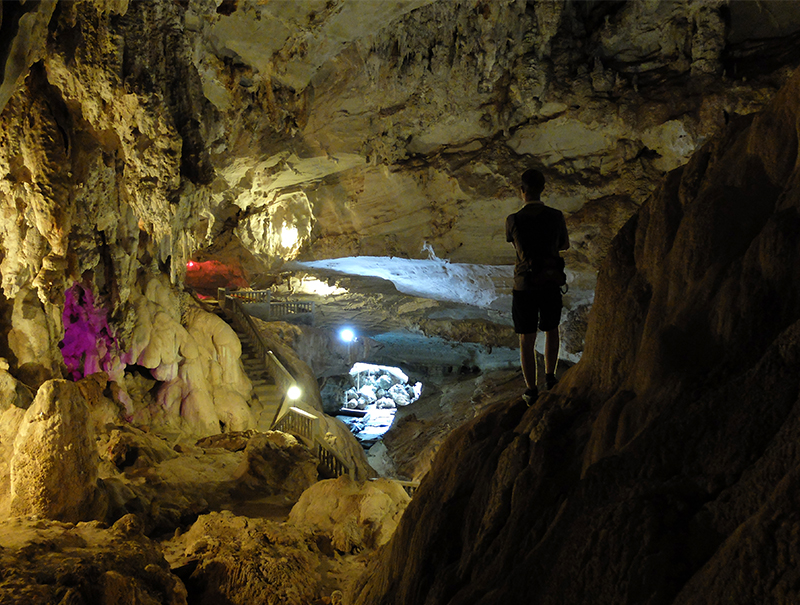