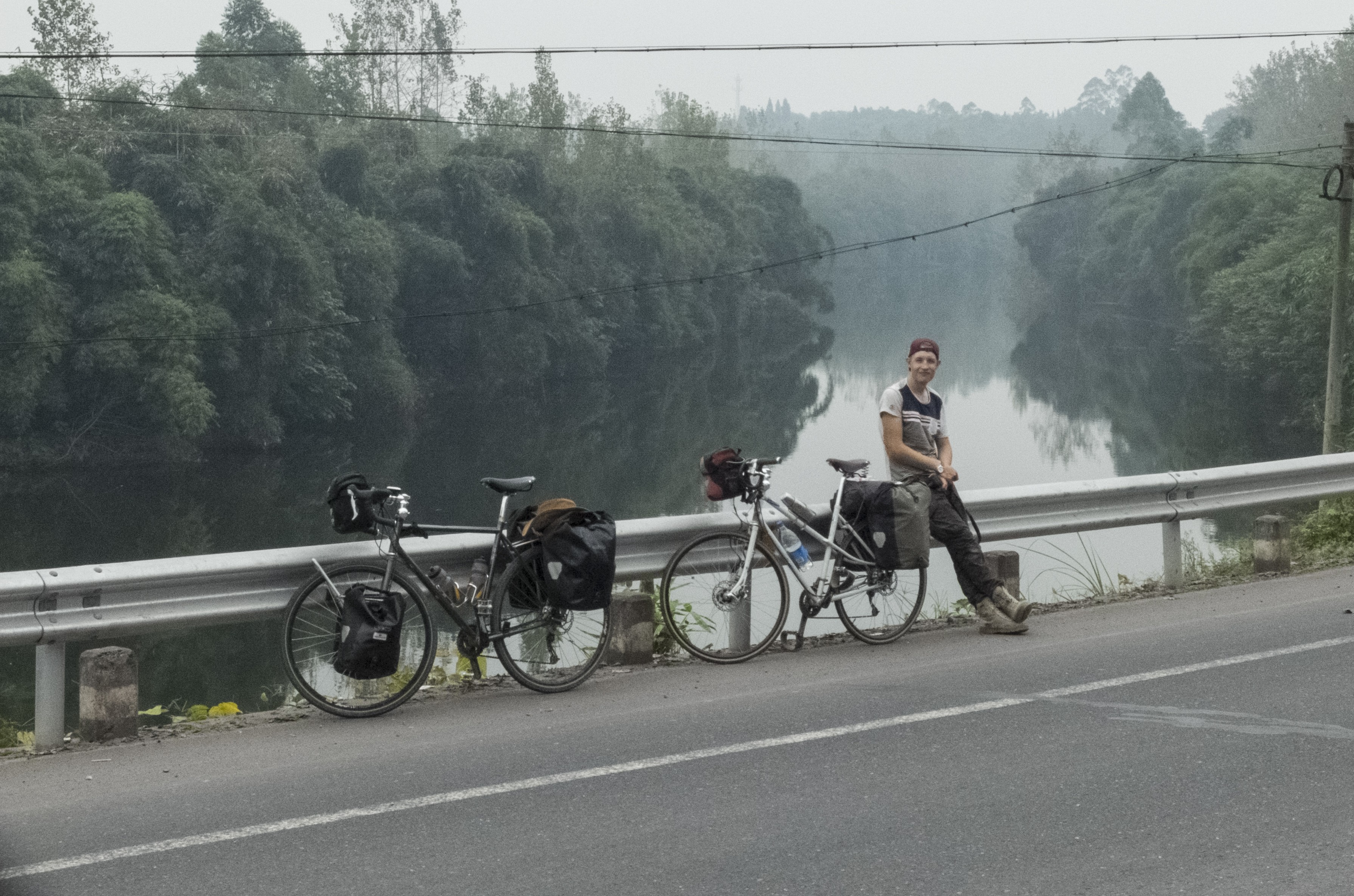 It’s already half a year when we left our homeland. We didn’t know any Russian, and we didn’t know almost anything about Russia. We learnt a lot during six months we spent in Russian speaking countries. Now we were on the border of China, the same situation as half a year ago, we knew nothing about China. 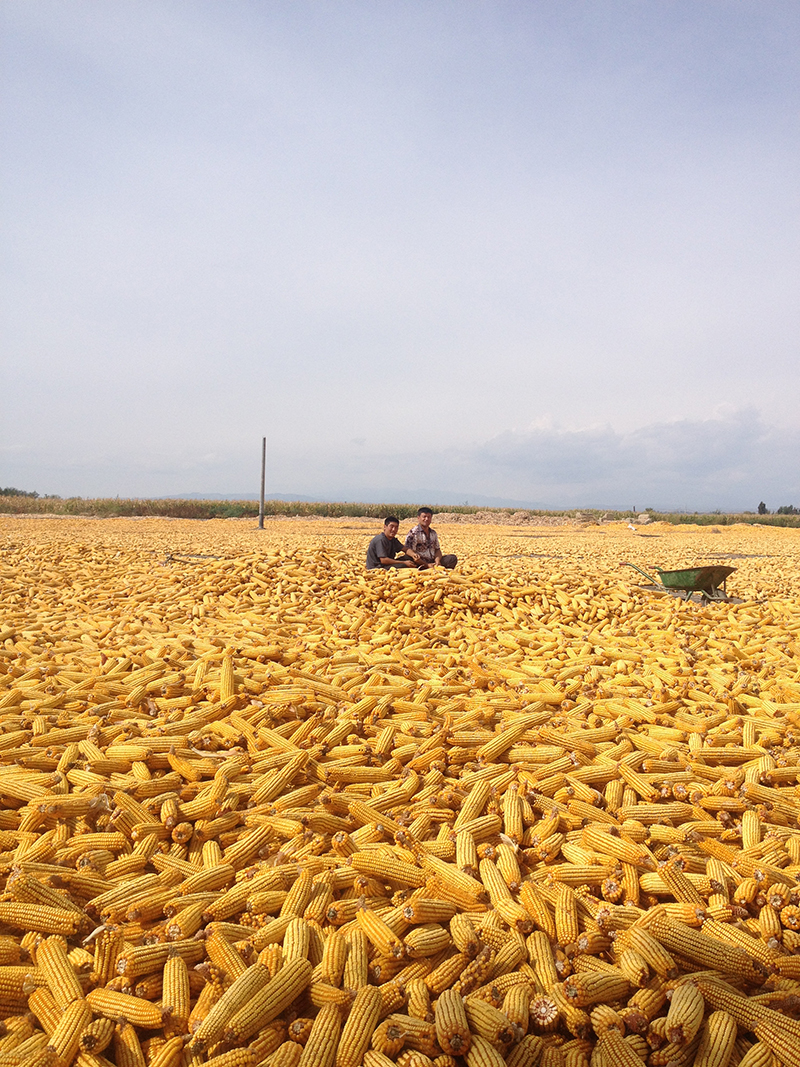 Kazakh border guard smiled spitefully when she told we didn’t have visa registration. We didn’t register our visas, because they didn’t require it previous time when we left Kazakhstan for Kyrgyzstan. Other border guard came to tell us we had to pay 220USD fine, but we didn’t have any Kazakh tenge left. They took us to the military staff, where young woman began to solve the problem. After one hour of waiting she came to tell us we had to pay 18 000 KZT, but we didn’t have any cash. After a while she came back to tell we could pay it later and fax the check to them. We didn’t want to pay, we told we were cycling and it would be to difficult to fax it from China. She suggested we could send a photo of the check via WhatsApp. It wasn’t joke, but she went back to office after seeing us laughing. Later she came back saying “No problem!”. As Finns we didn’t need the registration.

At the passport control the border guard wasn’t so happy any more when we told we didn’t have to pay anything. On the China’s side border crossing was way faster. Completely new world started from the border. There were no old Lada cars or Ural motorcycles anymore. After a long time we found our selves cycling on super wide and smooth bicycle path. Man riding an electric scooter next to us directed us to the ATM. In supermarket we didn’t find any fridge, instead there was huge selection of vacuum packed food like chicken legs, chicken toes, different kind of eggs and nuts. We tried nut milk and chicken toes. 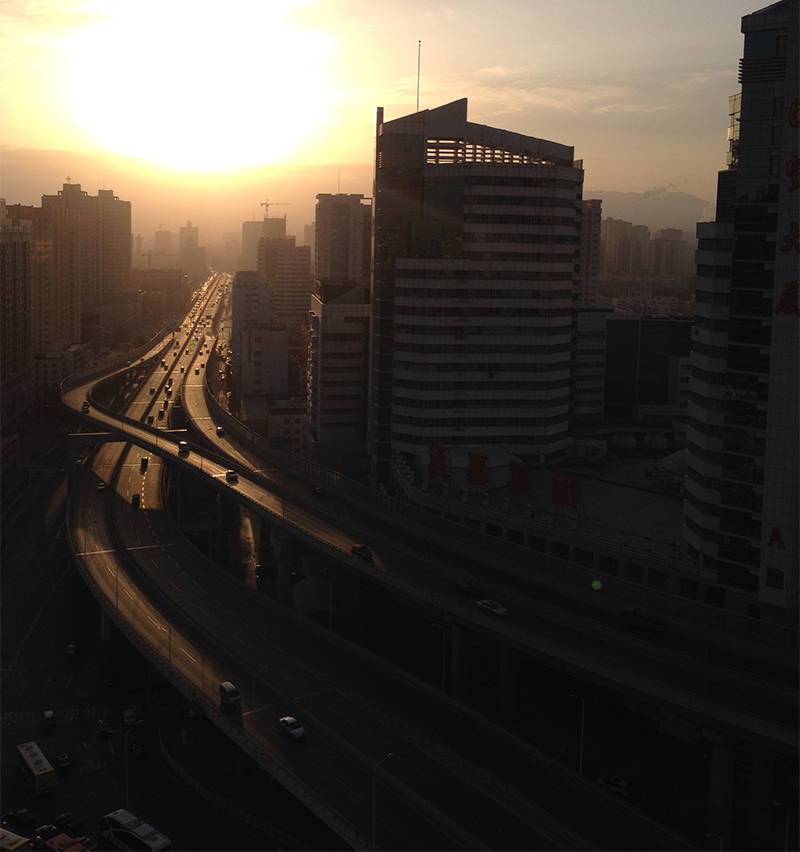 We had heard in China foreigners can only take a room from expensive, controlled hotels. We managed to get a room from one of the hotels in the center of the city, but the owner asked as to keep low profile. We thought some guests may already be sleeping, better to be quiet. We carried our panniers to the room and returned to the lobby to use wifi. The owner said we should stay in our room or find another hotel. He warned us, if someone knocks our door, we shouldn’t open the door, staff wouldn’t knock the door in any case. In the morning someone was behind our door knocking it, but we didn’t open. Later when we went to the reception the staff were relieved and happy we didn’t open the door. We never knew who it was behind our door. Probably someone wanted to check if there were foreigners in the hotel.

From Bishkek we got 30 day visa to China with a chance to extend it so that we could be max seven weeks in the country. It’s not enough for us to cycle to Vietnam, so we decided to use bus and train to go to South East China and use our 30 days there. At first we took night bus to the capital of Xinjiang area, Urumqi. 500 kilometers bus trip was a pleasure, because everyone had a bed in the bus. 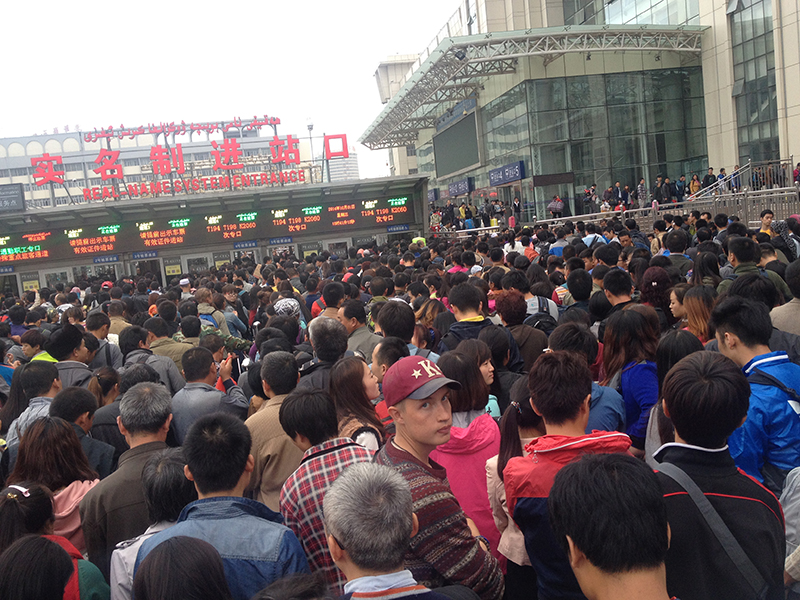 Lauri, and too many Chinese around him.

In Urumqi we went straight to the railway station to buy train tickets to Chengdu. It wasn’t very easy. There were couple of armored vehicles, many policemen and thousands of other people in front of the railway station. Week earlier more than 50 people were killed in riots in Xinjiang area. The queue to the ticket office was so long it took hours to get the tickets. All the time there was someone trying to skip the queue. We got the tickets, but we still had to wait to get into waiting hall. Two hours before our train departure they told us we had to take our bikes to luggage check-in which was on the other side of the train station. When we came back to queue from luggage check-in they told us, it was too late, our train was already on the way to Chengdu. So we waited all the day to get into the train, but nevertheless we missed it. Fortunately we were able to change our tickets for next day’s train.

It was already dark when we started to look for hotel. Urumqi was full of hotels, but we were not welcomed to most of them. We asked a room from eight different hotel, but staff wanted us to go out before anyone saw us. In some places they told us to go to skyscraper hotel, but we thought it would be too expensive for us. One hostel was ready to take us. We paid and followed the guard to the room, or so we thought, but he went out from back door and asked us to go to car. He wanted to drive us to the skyscraper hotel. We took our money and went back to the street. In the end our only option was to go to that expensive skyscraper hotel.

In the morning there were less people at the railway station than the day before. Many people had buckets full of food with them. We hoped to get nice beds from bullet train, but we ended up sitting on Asian-size seats in old train carriage. The backrest was straight, because it was shared with the passengers on the other side of the seat. Toilet was a hole on the floor to the tracks. In the other end of the train there were unoccupied beds. We tried to buy tickets to the beds without success. So we spent 3000 kilometers and more than 50 hours on “normal” seats. At the night people slept on the floor. Not so nice experience. First 24 hours the train went through desert-like terrain, quite similar landscapes we had already seen in Kazakhstan. Then there started to be more corn fields and finally we went through beautiful and green river valleys. 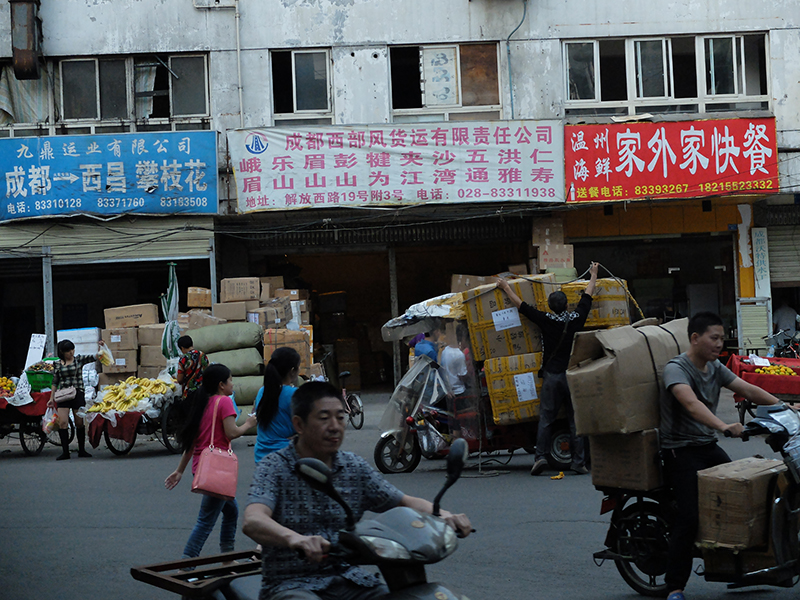 14 million people Chengdu was a big surprise. I expected to see noisy and slow traffic, huge gray pollution cloud, but the city was very green and peaceful. There where not so many cars, but a lot of scooters and rickshaws. Most of the scooters were silent because of electric motor. Bicycle paths covered almost half of every street. To be honest the city was the best city I have ever cycled in. We headed south. It took one day to go outside the city, not because of traffic, it was just so big. Random family let us put our tents in front of their house, because there were no other flat place to camp. Young man gave us mandarins and in the morning old woman boiled us some water to wash our faces. Unfortunately we didn’t have a common language. Road went through foggy river valleys and couple of tunnels. Soon we found our self camping in bambu forest, but we were never very far from shops, as we used to be in Kazakhstan. 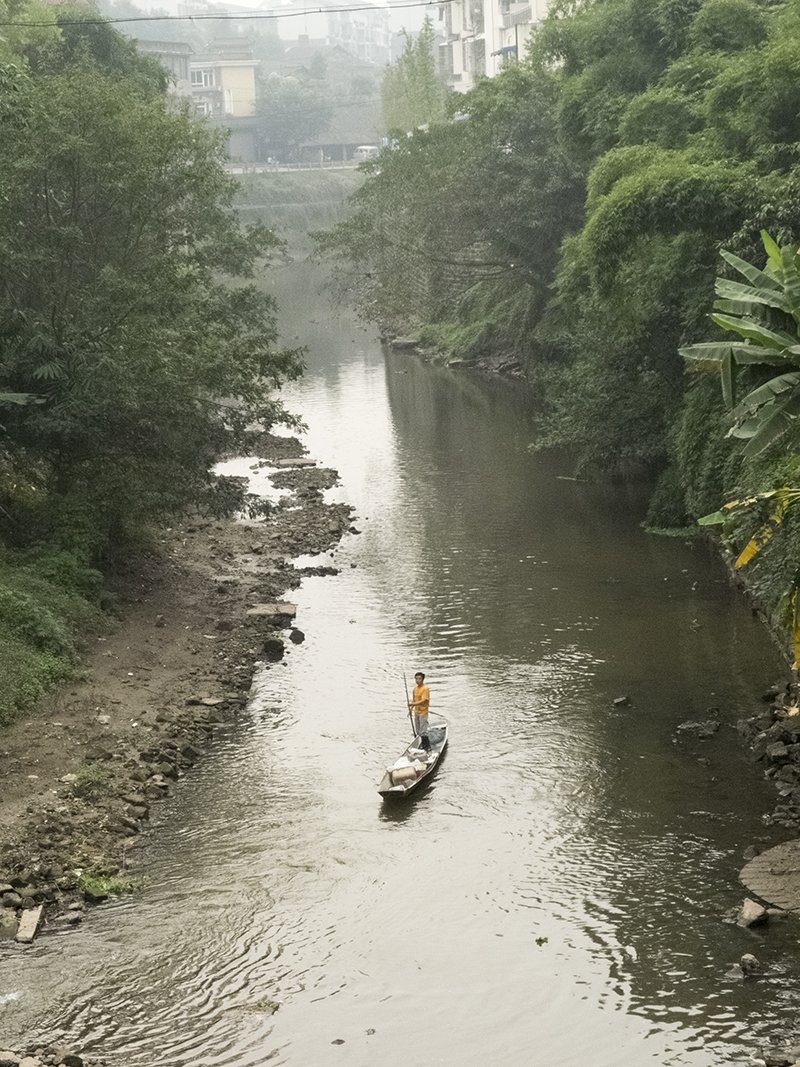 One strange difference in China is they use different finger gestures to show numbers. For example thumb and pinkie up means six, thumb and index finger means eight. Other confusing cultural habit is, they throw chicken and fish bones, used napkins and other waste on the floor in restaurants. China seems to be much more controlled what I had imagined, but people we met have been friendly and helpful.