We started off 29th of March 2014 from our hometown Porvoo in Southern Finland by heading East. More than two years later we came back from the opposite direction. The first ten months we cycled together through Russia and Central Asia to Singapore. After that Antti pedalled across Australia, South America and the East Coast of USA. Meanwhile Lauri biked New Zealand, backpacked Japan and cycled from San Francisco to New York with his sister Veera. In summer 2016 we had a reunion in New York City before we returned home. 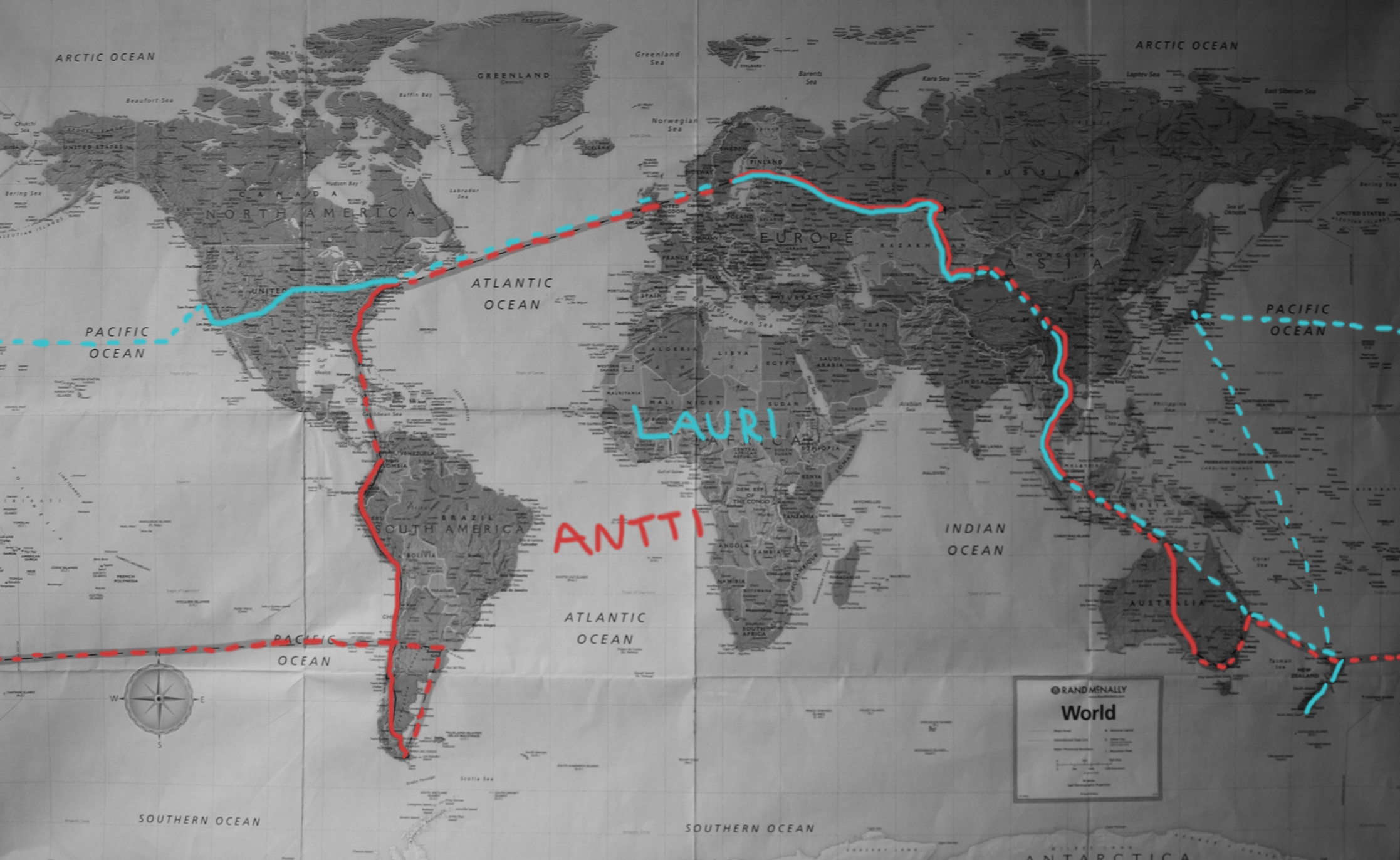