We spent two weeks in Chelyabinsk. At first we stayed with our new friend Vladimir. Vladimir and his great friends had a lot to show for us, so we didn’t had much time to rest. We bought a guitar from Chelyabinsk and went to the cheap hotel. One morning the waiter of the hotel asked where from we were. He said he saw us on TV week earlier. We didn’t know anything about it. We set a goal to cycle 1000km to Omsk in two weeks.

French caravan travelers who we met on Ural Mountains recommended us to choose smaller road which went through Shadrinsk and Jalutorovsk to Ishim, instead of going to Kurgan. There wasn’t much traffic and villages. The second morning was wet. Rain and strong headwind was forecast for a week. Huge fields made the wind even worse. In the evening the rain stopped. We used the dry moment for drying our tents. When our tents were dry, it began to rain again.

There were cafe after every 50km on our route. In every cafe, they had borscht, pancakes and pelmens. They offered every meal with sour cream. Meals were cheap, but way too small for us. In one cafe, both of us ordered all these three meals and extra pancakes. The owner noticed we were still hungry. He gave us meat soup which was made of his own cow. 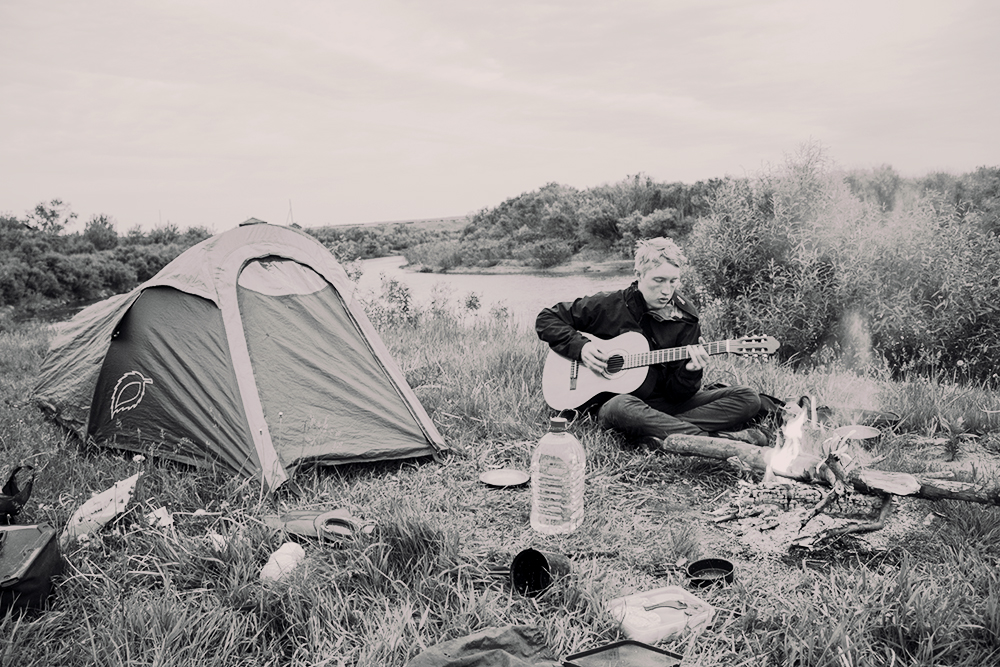 We cycled very slowly because of wind. Our two week challenge seemed challenging, but we kept cycling 70km/day. After Shadrinsk we passed the time of the day with a truck driver. He wanted to lift us to Tuymen, closer to Omsk. We chose to cycle in the rain and wind. In the evening it stopped to rain. We put our tent to a village. While we were cooking and playing our new guitar, villagers came to see us. They were curios, but they didn’t dare to ask much. Later two men brought some firewood and sat down next to our campfire. We didn’t have much time to talk, before the wife of the another man came to take the men home.

In Ishim it was raining hard once again. Another truck driver stopped his truck and began to pity us. He wanted to drive us to Omsk. We refused. After midday the wind finally turned to blow from west. We met a polish couple at the bus stop. They were on their way to Thailand on their bikes. Just 10km later two Finns passed us with their motorcycles. They were going to Vladivostok. It was great to see them. They were first and only Finns we met in Russia.

When there was no headwind anymore, we accelerated the pace. Last hundreds of kilometers before Omsk were crazy. The road was narrow and all the time there was a truck passing us. We arrived to Omsk ahead of time. It took 11 days from Chelyabinsk to Omsk. Our original plan was to go to Mongolia, but we didn’t have time enough. Instead of going to Mongolia we will go to Kazakhstan. All I know about Kazakhstan is Borat. Let’s see what else we’ll learn about it. 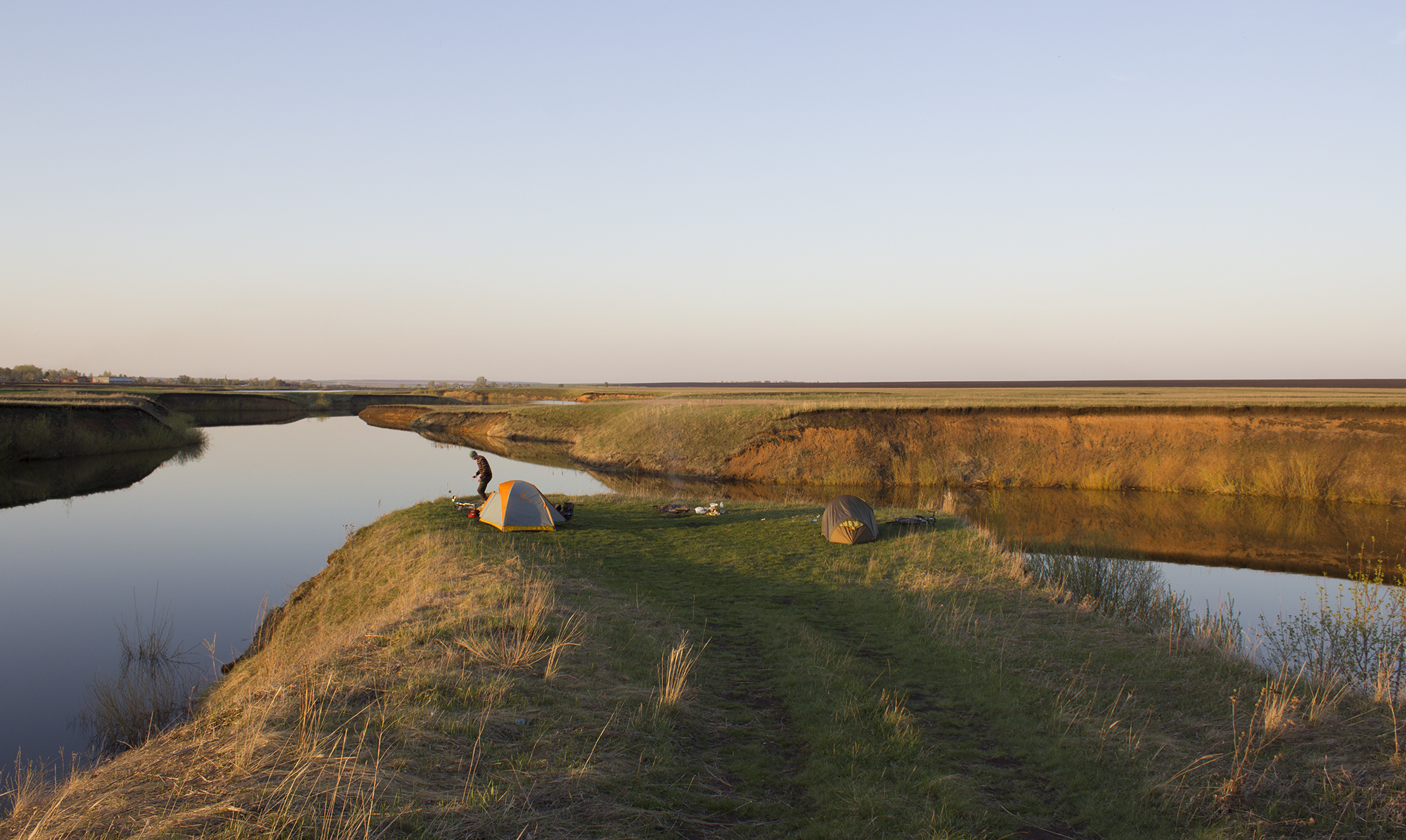