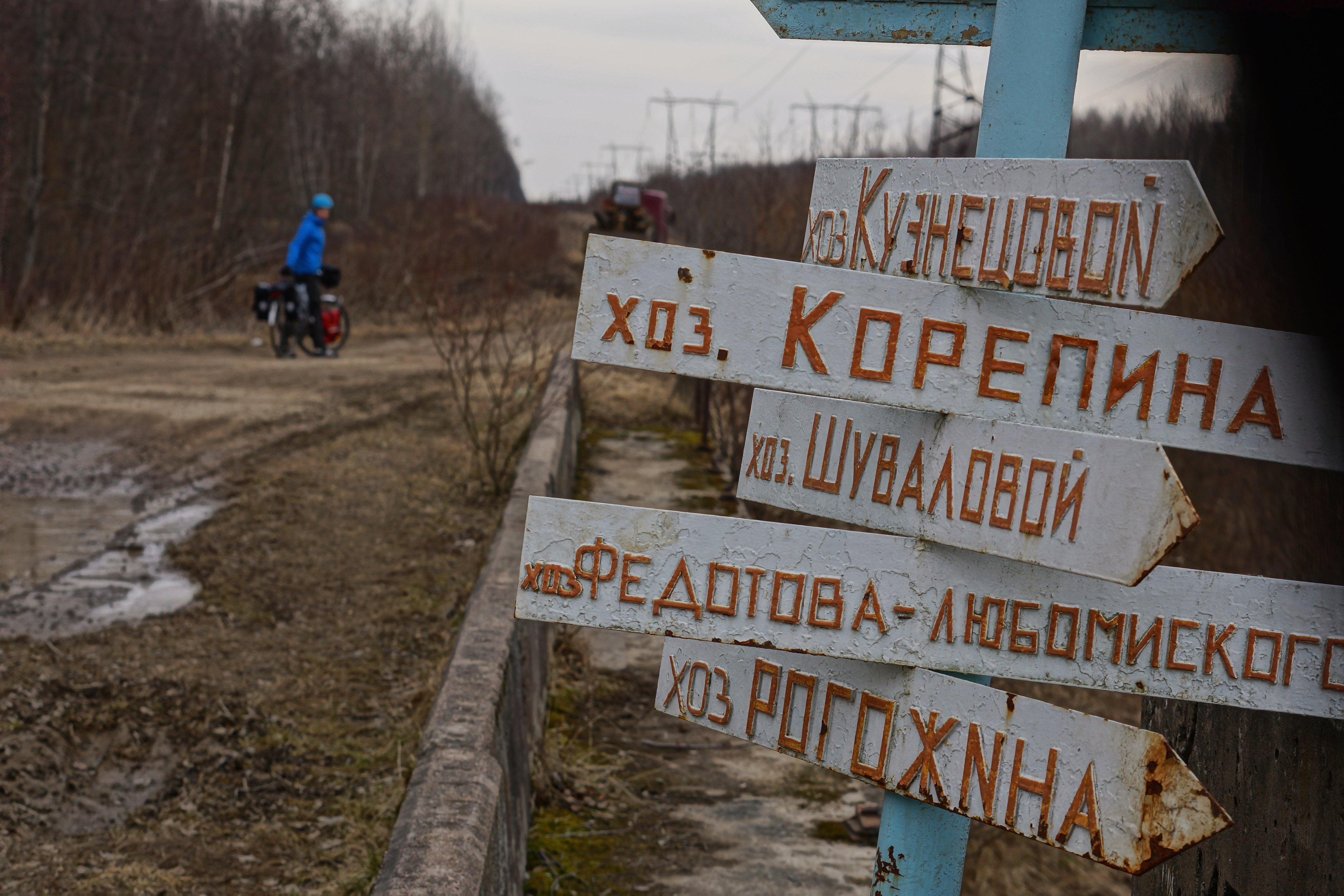 So, we left the hostel in Saint Petersburg early in the morning towards Mga. We tried to ask about our visa registration, but the answer we got was: ”No, not now.” Ok, we carried our bicycles and gear eight floors down and we were tired before the day had even started. Getting out of Saint Petersburg was hell. Russians were riding their cars with pedal to the metal style and our meal including sardines and cheapest noodles didn’t make us feel better. Muddy roads and barking guard dogs led us eventually to Mga where we started to ask place to sleep. Middle aged restaurant owner standing behind strobolights said that we could stay there. We were happy to sleep between tables on the floor.

When we woke up we paid 800 rubles and asked good roads to Vologda. Owner with big expressions said that Murmansk road is perfect and trucks goes past only every five minutes. Despite what he said we decided to take a shortcut thinking its even more relaxing to ride. It was. There was only one truck and it was stuck in the mud. We started to realize the condition of the road and after two knee deep mud puddles there was no turning back. We literally pushed forward from this cyclists hell. Thanks to mud proof Karl trousers and our jokes we made it out of there. After road like that every road without half meter deep mud puddle felt like a paradise. We rode to Putilovo and at local well we washed our muddy look and started to find a place to sleep. Our Finnish charm didn’t affect on local grannies, which was quite frustrating together with rain and coldness. We were in the edge of quitting, when one nice couple Rose and Viktor, probably felt so sorry for us that they took us in. We were so relieved that Spaciba-word wore out during the first tea service. Valio products together with english news made us feel cosy and before night we were absolutely stuffed with meatballs and blinis. They also took us to see Lake Ladoga!

After good sleep it was nice to continue our journey and we decided that maybe we’ll stick to bigger roads, so we started cycling in Murmansk road towards east. We had good tailwind and we arrived to Kolehanevo early. Anttis charm was perfect for Finland fan Tatjana lady and in no time sauna was warm, beds were made and pile of food was in front of us. Evening went fast while listening route recommendations and eating Russian chocolate.

Beautiful morning arose and after couple of pictures and hugs it was time to go. Road continued as good as expected and it was proper time to oil our gears and tighten brakes. While road workers amazed our loaded bikes and tailwind was pushing us forward it was no time since we were in Tihvin where we thought of spending a night. This Imatras sister town was full of people who  were enjoying nice spring weather and at the same time watching us and our bicycles mouths open. Our mouths opened when we heard the prices of hotels. We circled in the center and suddenly like from wind there was this guy Andry. Andry was one of the members of Tihvin cycling club. We followed him trough the town to apartment building area and stuffed our bikes into elevator and in the top floor there was cycling family Ushakov waiting for us with their two tail waving dachshunds. This family knew what cyclist needs and suddenly we were sitting in homely kitchen eating big plates of eggs and sausages. We also watched some of Tihvin cycling club traveling videos and were impressed of their dedication to cycling.

Next morning Andry gave us cycling tour around their town and escorted us from it. We snapped couple of photos and continued on our own ways. There was lots of happenings in past days, so we decided to take a little easier day and go sleep early to Pikalevo. There we met couple of other cyclists as well. As said last days has been fully packed and its good to think about them with couple of good night rests here in Pikalovo.